The fires were ferocious, they burnt everything. And then we had torrential rain that washed the topsoil and ash into the Bhundoo.

My name is Uncle Bunja Smith. I am a Walbanga Elder, from the greater Yuin nation. I live on the wonderful south coast of New South Wales. I’m involved in a lot of things that happen in my community, especially aged and home care for Aboriginal people.

My people are deeply connected to nature through our totemic systems. You often hear the Yuin nation referred to as Umbarra, the black duck, because that’s our tribal totem. But we also have individual totems. Being connected to particular animals made you responsible for directly caring for that species. This is how our people cared for the environment – although that relationship was broken down by colonisation, along with the loss of our language and our access to lands.

I’ve definitely noticed changes in the weather and in Country. It’s almost as though someone has turned it on its head. Summer is a lot wetter and winter is a lot colder – but then we’re having more and more droughts as well. It’s volatile – it goes from extreme to extreme.

All of these changes are having an effect on nature, on the things that grow and the things that don’t grow, which has a flow on effect on animals. It’s testament to what’s happening to our land, and to our Country. Lakes have dried up. Waterways and wetlands have disappeared.

Just before I was born, people were water skiing on Lake Bathurst – which in Aboriginal terms we call Bundong. Today you can walk across it. It’s been reduced to a puddle. And then we get torrential rain that washes away the topsoil and pollutes the waterways.

This happened during the bushfires here in Batemans Bay. The fires were ferocious, they burnt everything. And then we had torrential rain that washed the topsoil and ash into the Bhundoo, which is our name for the Clyde river. I’ve never seen the river so polluted – it affected recreational fishers, oyster farms, all sorts of people who depend on clean water.

There’s been a shift recently back to Aboriginal people and our land management practices. But we’re not a silver bullet – we can’t just come in and do a one-off cultural burn and expect it to be roses. You have to do it regularly – it’s like mowing your lawn, but on a grander scale. If you don’t take care of the bush, it gets overgrown and clogged up with flammable undergrowth – but if you take too much, it dries up and increases the risk of fire. Everything we do to nature has a flow on effect – and it’s why we’re seeing what we’re seeing in Australia today.

If we don’t act within the next five years, it’s going to be too late. Our ability to undo the effects of climate change will change dramatically. It’s like we’re driving a car with all the warning lights glowing red – if you pull over you can fix the problems, but if you carry on driving the engine’s going to blow. 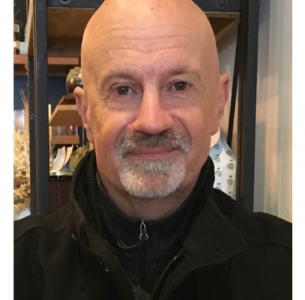 Climate change is making bushfires worse, and we can no longer fight them like we used to. There’s now a longer and less predictable fire season, and more dangerous and more intense fires.