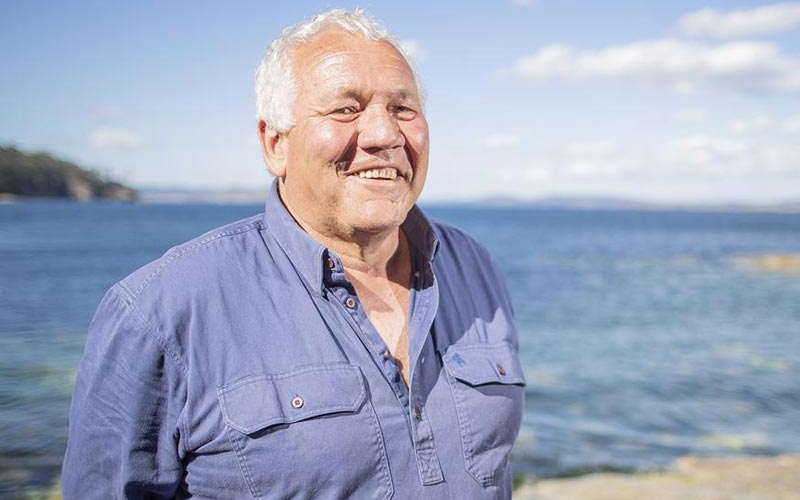 First Nations people have the least impact on the climate and yet we’re the first ones to be affected by it.

My name’s Rodney Dillon. I live on Palawa Country. My ancestry is from the North East of Tasmania. My great great grandmother was taken from Little Musselroe Bay to the first mission on Flinders Island, called Wybalenna. She had a daughter there, Grandmother Smith, who moved down to Nicholls River where I grew up down in the South East of Tasmania.

Ten years ago things started to change here. By around 2015 the changes were extreme. We used to have bays filled with hundreds of thousands of cubic metres of giant kelp. You could dive out through it, look up through the strings of bubbles and just see kelp everywhere. When hot water came down the east coast of Australia it all washed up and rotted on the shore. We saw it dying in our hands. It was like a natural disaster in front of us. Nearly all of the kelp forests have been lost now where I live. The water is just too hot.

Climate change has been horrendous for Bruny Island. It’s had an effect on culture in many ways, not just the kelp. The storms have been bigger and longer. They’re eroding some of our sacred sites. It’s also changed the fish. We’re getting snapper, yellowtail kingfish, Moreton Bay bugs, prawns – we never had those fish before.

As the water gets warmer, the mutton birds are travelling further and further to get krill. A few years ago they had to pass through electrical storms. Only half of them came back.

Another big change has been to the abalone. Abalone was traditionally our main source of food. It’s been an important part of my life and my history. When I grew up here there was no recognition of our right to our culture, like fishing for abalone, so we’ve spent all of our life fighting to practice our culture and to get back some of the resources that were taken off us.

Now there’s a lot less abalone here. You have to go deeper or further away to get it. They’re changing in colour too now that the protection of the giant kelp is gone. It’s affecting our culture, the food we eat. It’s changing the diet that we’ve kept for thousands of years.

First Nations people have the least impact on the climate and yet we’re the first ones to be affected by it. We are close to the environment, it’s part of our food, so we understand it and watch it – we know what’s happening. It’s heartbreaking to think that my grandchildren probably won’t get to enjoy the food that I’ve enjoyed. That they won’t experience this part of our culture. 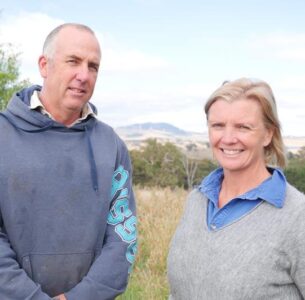 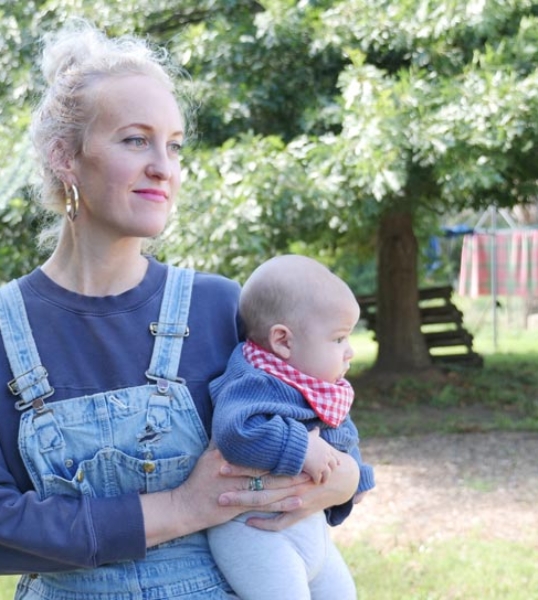